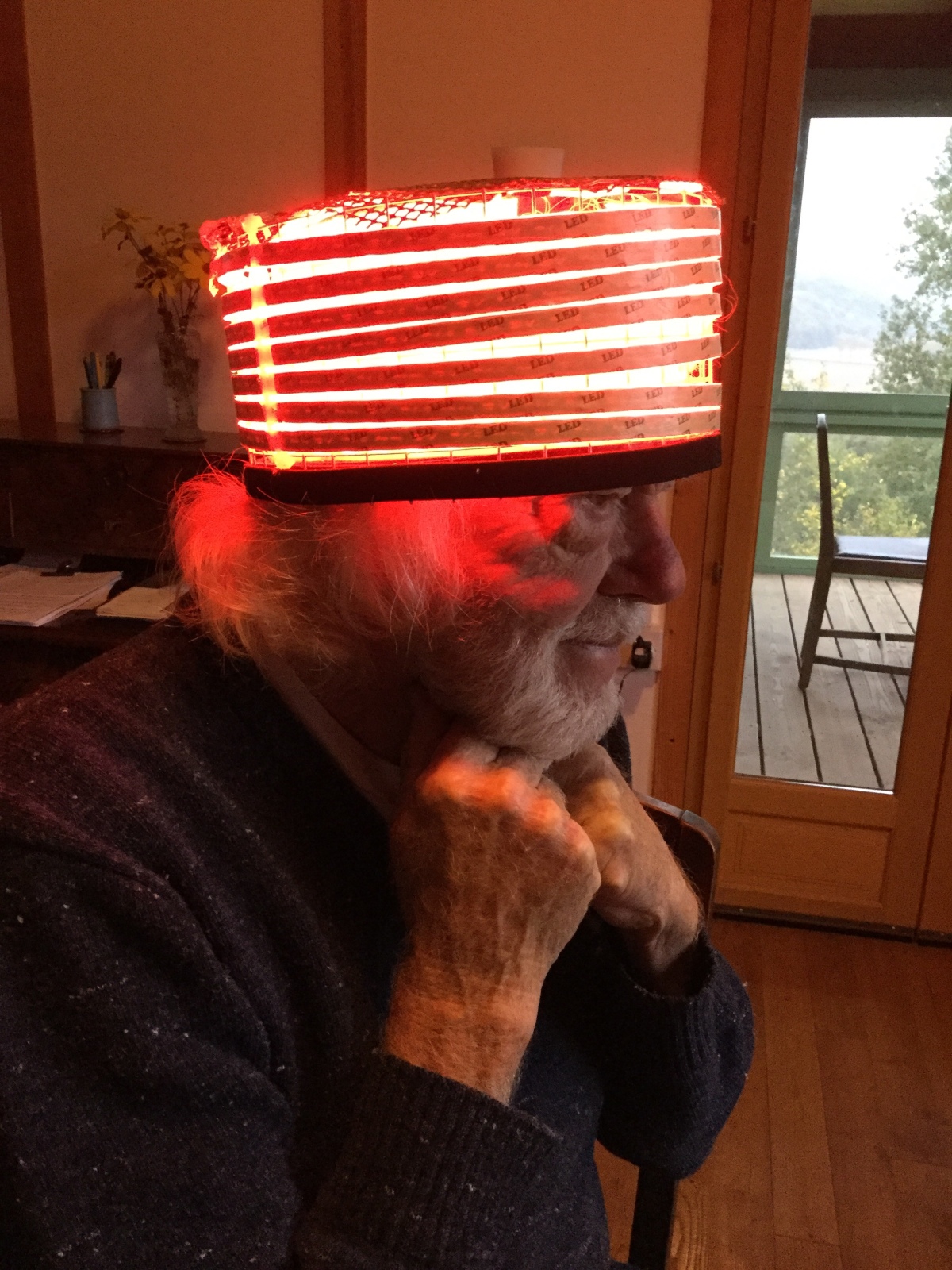 Michael Richards, the creator of the design for the wonderful DIY Cossack , has been working on modifications.

One key modification is making a top to pop onto the Cossack so that there is more light coverage over the whole head.

LED strips are great for DIY projects, such as Cossack light hats, lights for helping arthritic fingers, a LED light wrap for back pain and so on.

Here’s a photo of a Cossack light device – you can see the LED strip winding around and around the frame.

LED strips should only be used for DIY projects.

You can make your own light hat using LED strips:

If you are thinking of buying a light device, make sure that it is made with individual LEDs, not a LED strip.

As an example, a few weeks ago I made a LED strip device for my back. It uses standard gel-covered LED strip – the sewing is a bit weird but it was functional and felt pretty nice on my back after a day in the garden.

When I first made it, all three LED strips worked very happily. But as of yesterday, one of the LED strips decided to stop working part-way along its length. LED strips do that – they just stop lighting up.

There’s not much I can do about the bung LED strip. I’ll continue to use my home-made device on my back for the moment, but if more of the LED strips decide to conk out, I’ll pull it apart and make another.

The lesson is clear, though.

If you are thinking of buying a commercial light device, avoid those made with LED strips.

This post comes courtesy of Michael, designer of the Cossack light hat and star of the DIY Cossack movie.

Michael has made available diagrams and information for those who understand these things.

END_OF_DOCUMENT_TOKEN_TO_BE_REPLACED

Constant knee pain makes it hard to be active, so in mid 2015, I did a lot of sitting and reading. One of the books was Norman Doidge’s The Brain’s Way of Healing. He mentioned the positive effect of red and near infrared light on arthritic joints and damaged tendons, and on brains.